The iconic Ford Bronco was arguably the first modern SUV, setting the off-road segment in motion when it arrived on the scene in 1965. After thirty successful years, the nameplate was retired in favour of the Expedition line-up, but now the Bronco is back - and back with a bang. Read our new Ford Bronco review to find out what it brings to the mid-size SUV party.

The Bronco is built around the engineering of the Ford Ranger pickup, which gives a strong clue about the rugged capability of the vehicle. Constructed using a body-on-frame design, the new Bronco is available in a mid-size, four-door format, a compact sport frame, and a retro two-door version built for off-road adventuring.

Intriguingly, the Bronco takes a hint from the Jeep Wrangler and features removable doors and roof panels for a thrilling open-air experience on the trail. 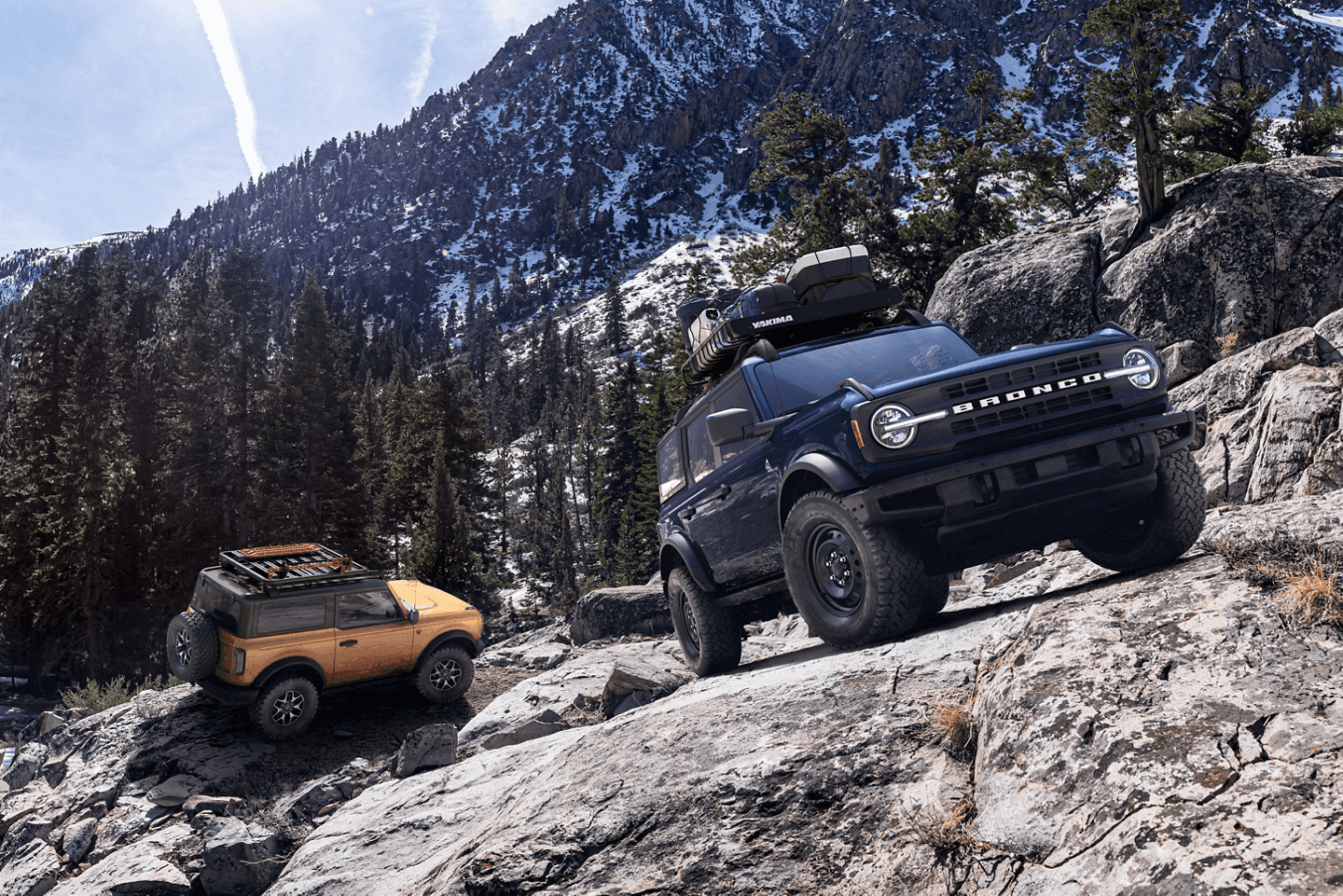 As you'd expect from a SUV built around pickup mechanics, the new Bronco packs a punch under the hood. The 2.3L EcoBoost engine delivers a throaty 270 horsepower through a ten-speed automatic transmission to all-wheel drive, and has the power in reserve to handle terrains of all difficulties.

However, for those who want a little extra, there's likely to be a larger V6 mill available, rumoured to be married to a seven-speed manual transmission for hands-on driving fun.

The most immediately impressive part of the Bronco's interior is the huge 12" touchscreen borrowed from the high-end Ford F-150 pickup, and this feature leaves no doubt that this is a thoroughly modern vehicle under the time-honoured Bronco nameplate.

When Does the Ford Bronco Arrive?

The official release of the Ford Bronco in Canada will be announced in mid-July, with delivery to Canadian showrooms slated for later in 2020. Devoted off-road adventurers will certainly be waiting in anticipation.